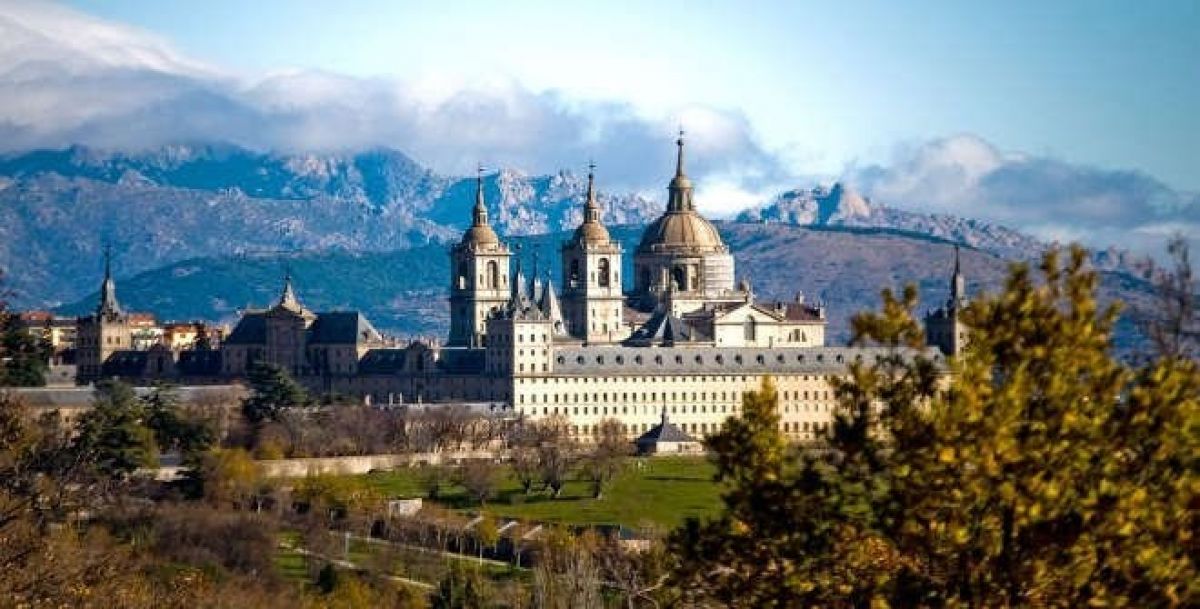 Affected by the death of his father, Carlos V, in 1558 and in order to consolidate the House of Austria in Spain, it was Felipe II who ordered the construction f the Monastery, to ensure the eternal memory of his family, create a family Pantheon and offset the destruction of a church devoted to San Lorenzo during the battle of San Quintín, in France.

On 23rd April 1563, the first stone was laid under the orders of Juan Bautista de Toledo. On his death in 1567, Juan de Herrera was responsible for the work, marking his own architectural stamp in the "herreriano" style, characterised by the importance of the lines rather than the abuse of decorative elements that distract attention from the building.

With an area of 33,327 square metres, the Monastery of El Escorial is the monument that best sums up the ideological and cultural aspirations of the Spanish "Golden Age", expressed here through an original synthesis of Italian and Flemish artistic forms at the behest of Philip II.

Combining several functions in one building, San Lorenzo el Real was born as a monastery of the monks of the order of San Jerónimo, whose church served as a royal pantheon. It also has a palace to house the king and his entourage, a school and seminary to complete the religious function of the monastery and a library. This scheme is, to a certain extent, still in place today.